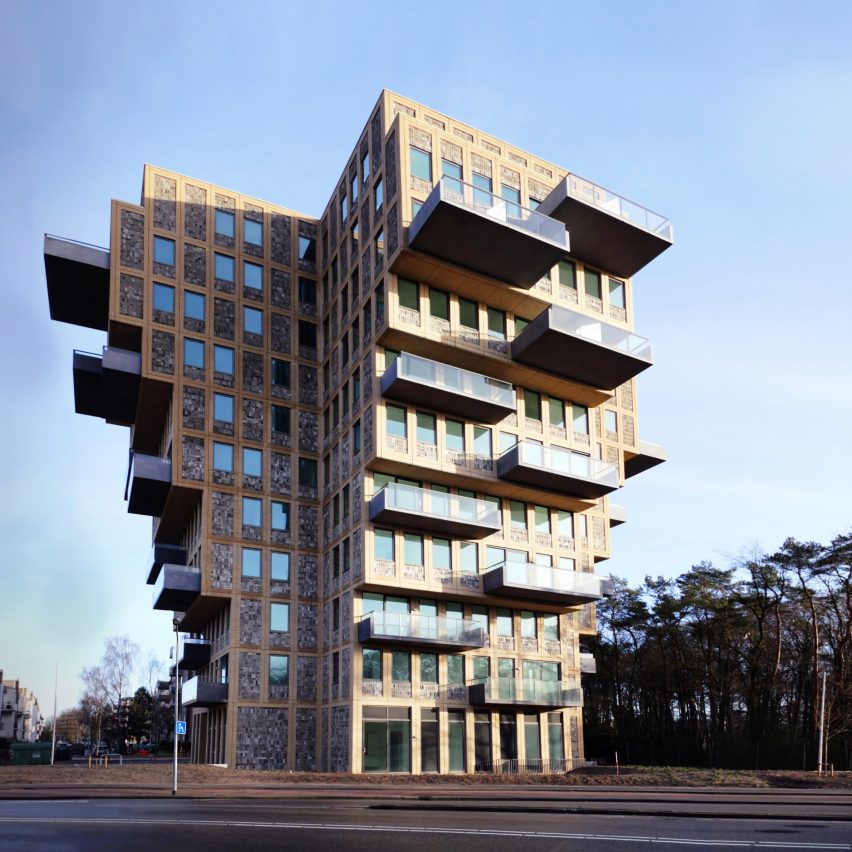 Dutch architect René van Zuuk has completed an apartment building in the town of Hilversum featuring a cross-shaped plan that expands as it rises to accommodate more living units on the upper storeys.

The Belvedere Tower is surrounded by four-storey postwar apartment blocks and is positioned at the end of a cluster of 1980s modernist towers in the town south of Amsterdam. 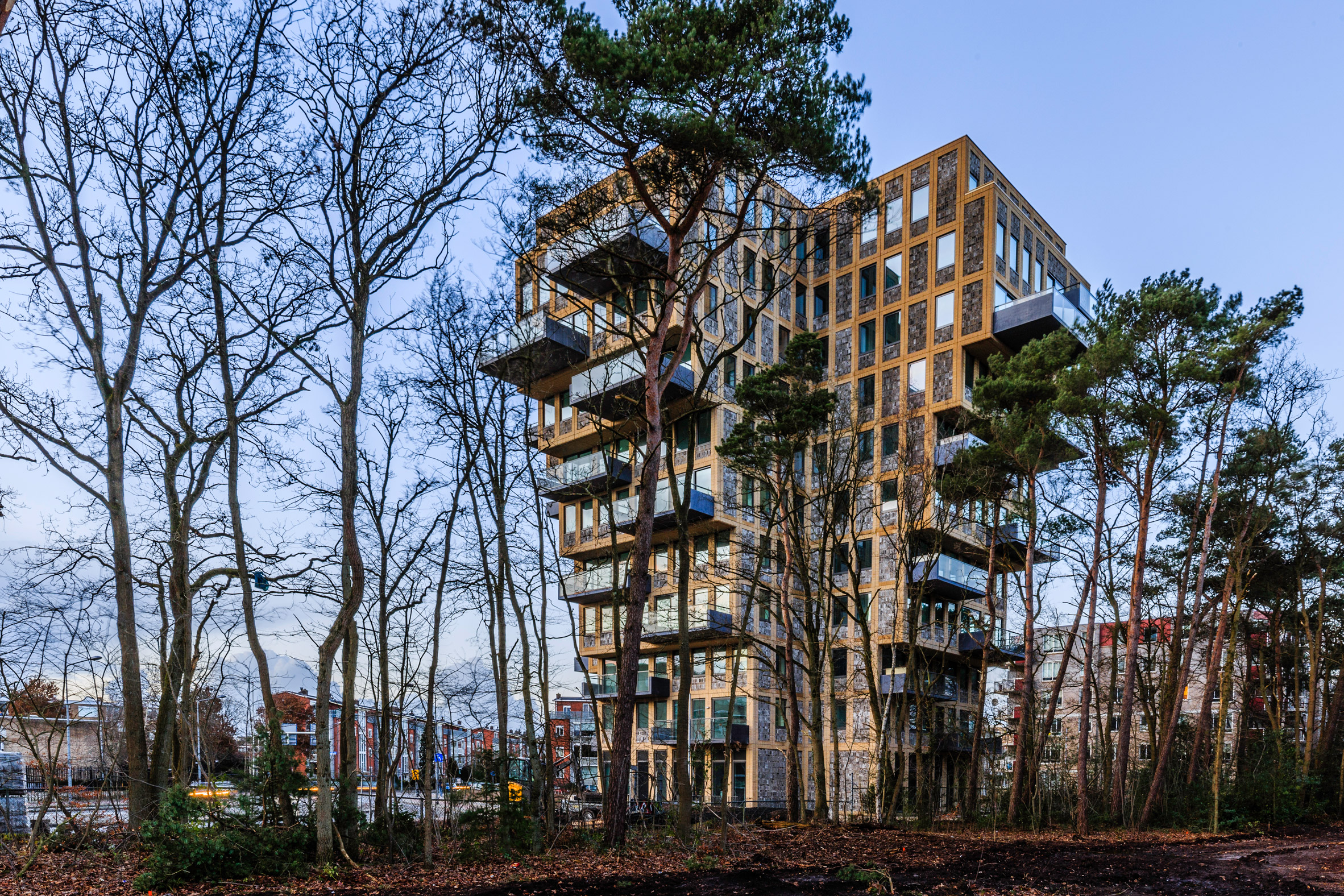 Van Zuuk’s studio, which is based in the nearby city of Almere, has designed tower to respond to the specific urban character of the site close to a busy bypass.

“Due to the tower’s prominent position the municipality desired a building that would be sculptural in form and architecturally iconic,” the studio explained. 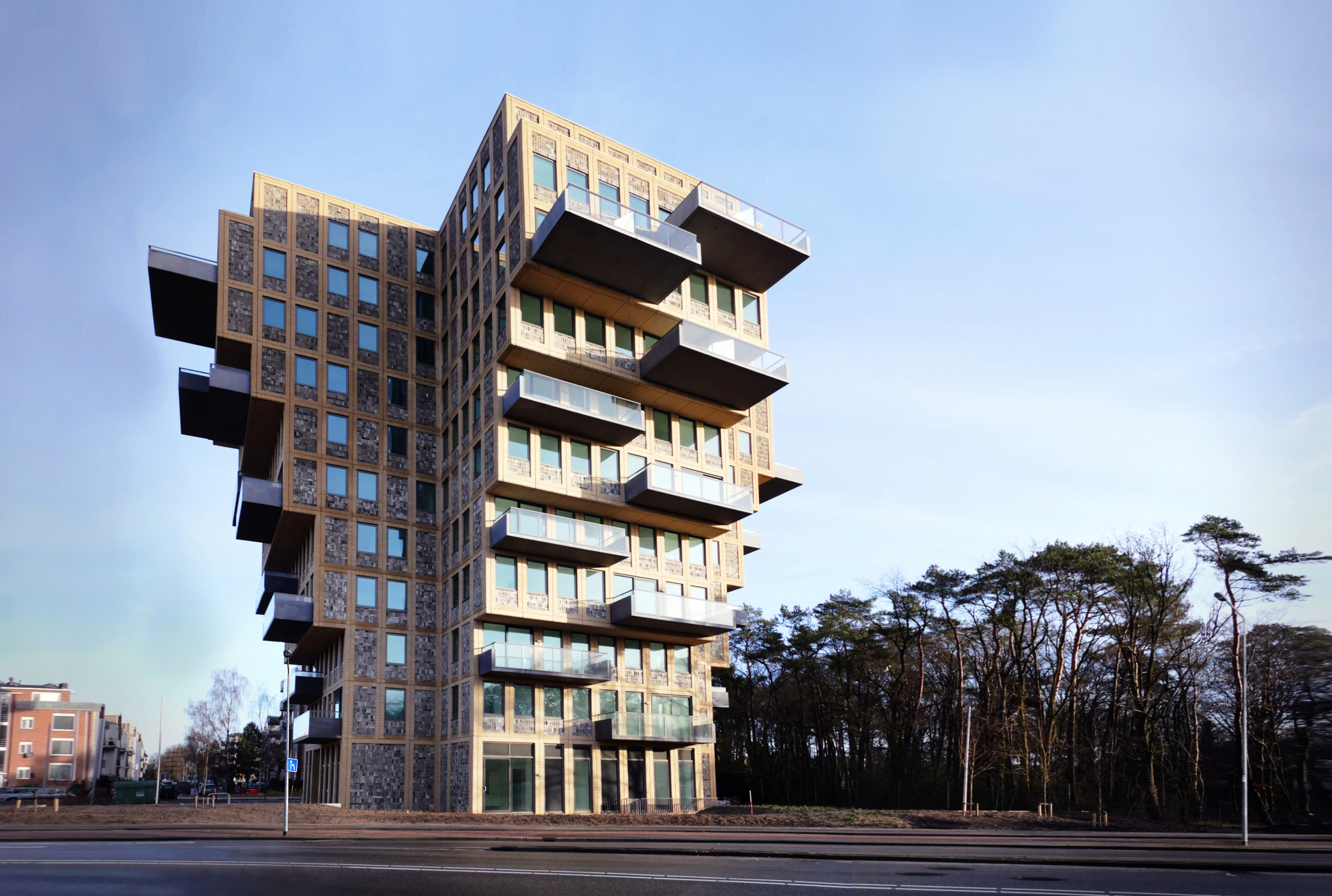 “This exposed location also meant the proposed building would be visible from all sides and it therefore became important to design a building with a clear and logical symmetry,” continued the studio.

The design was also dictated in part by several key constraints linked to the triangular site, including the need to maintain minimum distances from the boundary. 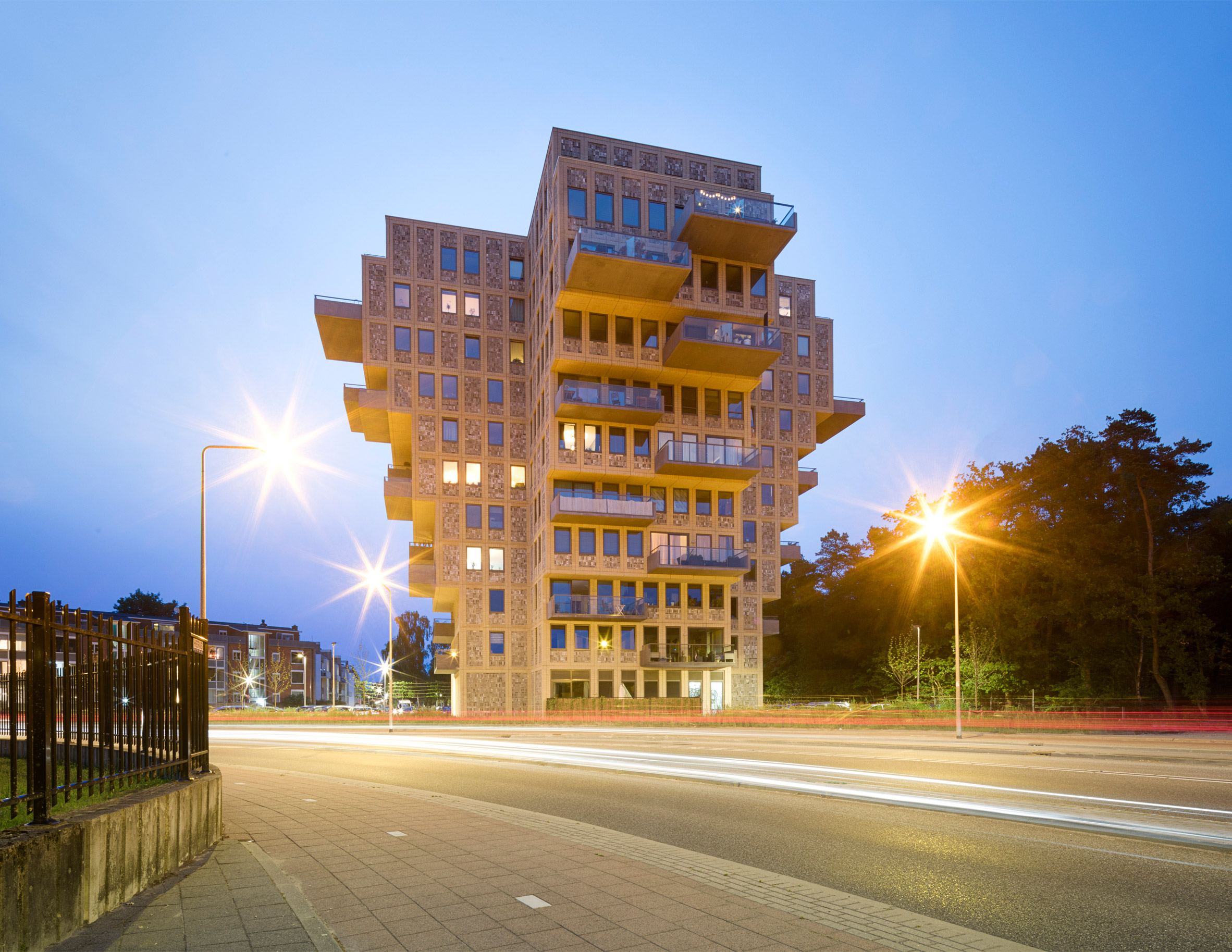 A complex network of utility pipes running beneath the ground further restricted the buildable footprint to just 15 percent of the site, providing a total area of 450 square metres.

A maximum building height of 11 storeys meant that a conventional tower would have provided just 44 units, whereas at least 55 units were required to make the project financially viable due to the high cost of the land. 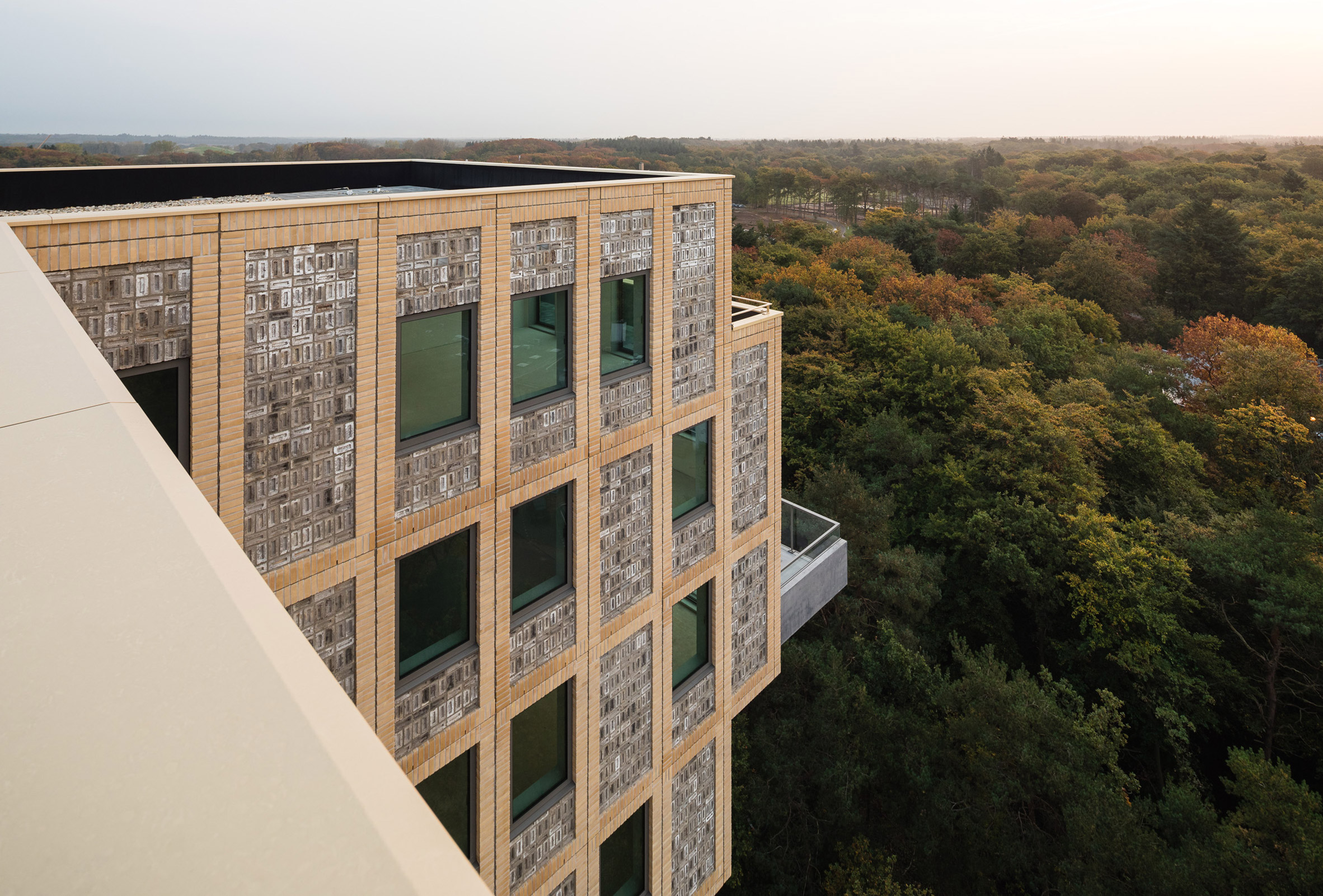 The architects proposed a solution with a floor plan that expands as the building rises, with the upper floors cantilevering from a central core to maximise the occupied space.

On each level, an equal amount of mass is suspended from either side of the core to create a balanced structure with a symmetrical plan in the shape of a cross. 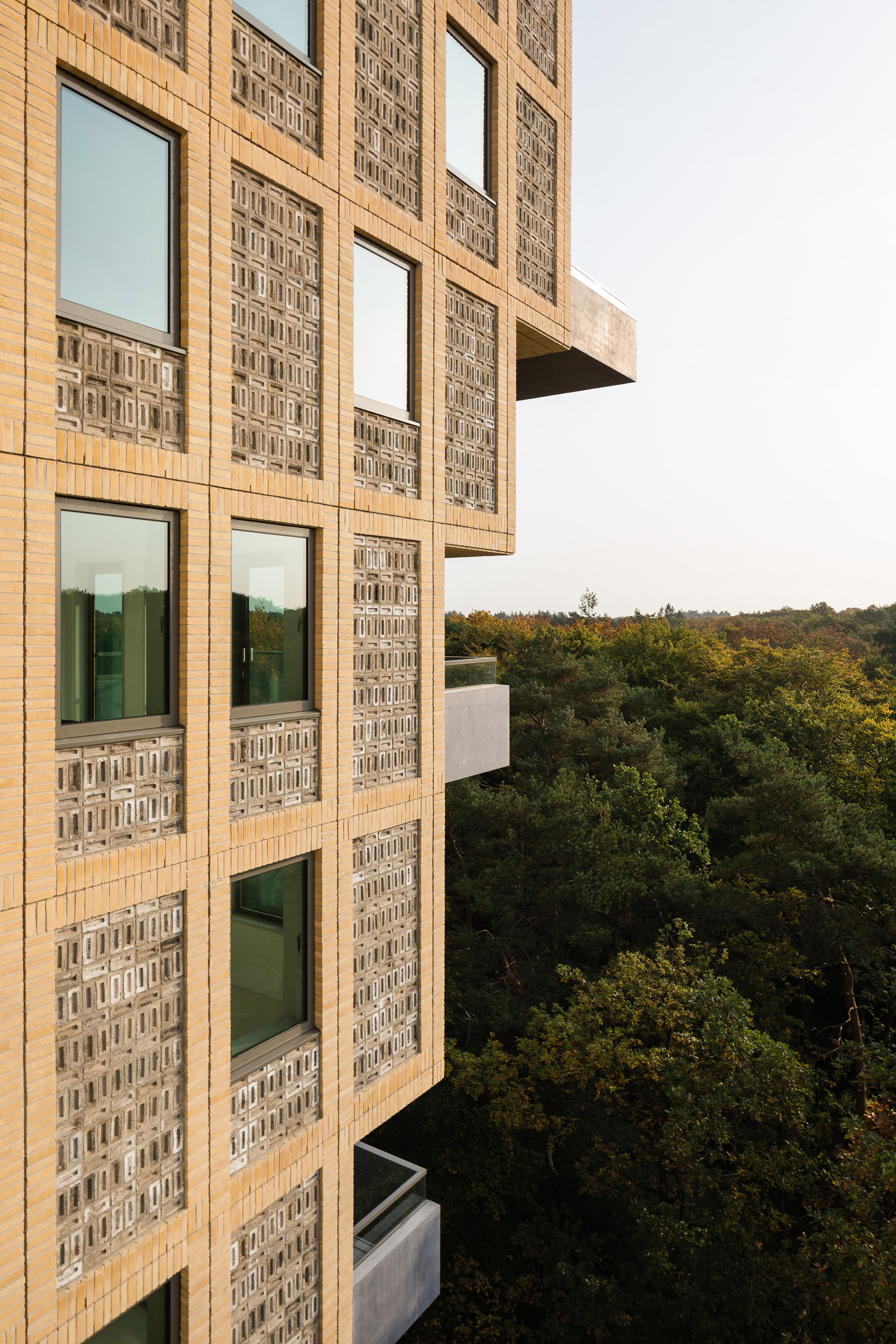 “This cross-shaped layout makes each floor plan incredibly flexible, resulting in a building comprised of 55 units where no two apartments are identical,” the architects added.

“The apartments wrap around the oblique corners of the cross, resulting in dwellings that are dual aspect, each with access to a large, open balcony.” 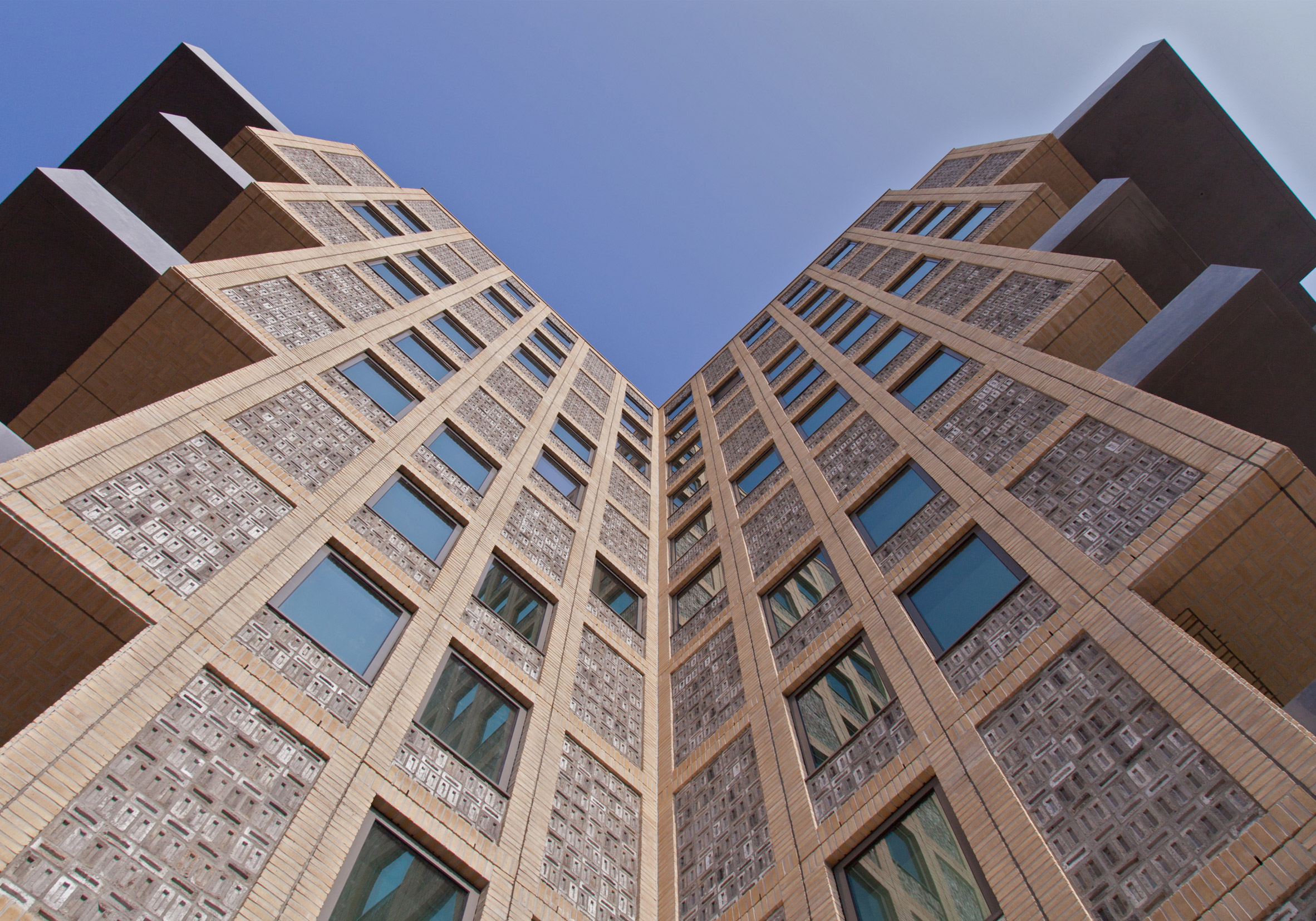 The balconies that project from the facades are positioned to optimise views towards the town of Hilversum to the north and a forest to the south.

These lookout points also give the project its name, as belvedere translates into Italian as “beautiful view” and is typically applied to architectural structures designed to make the most of an attractive vista. 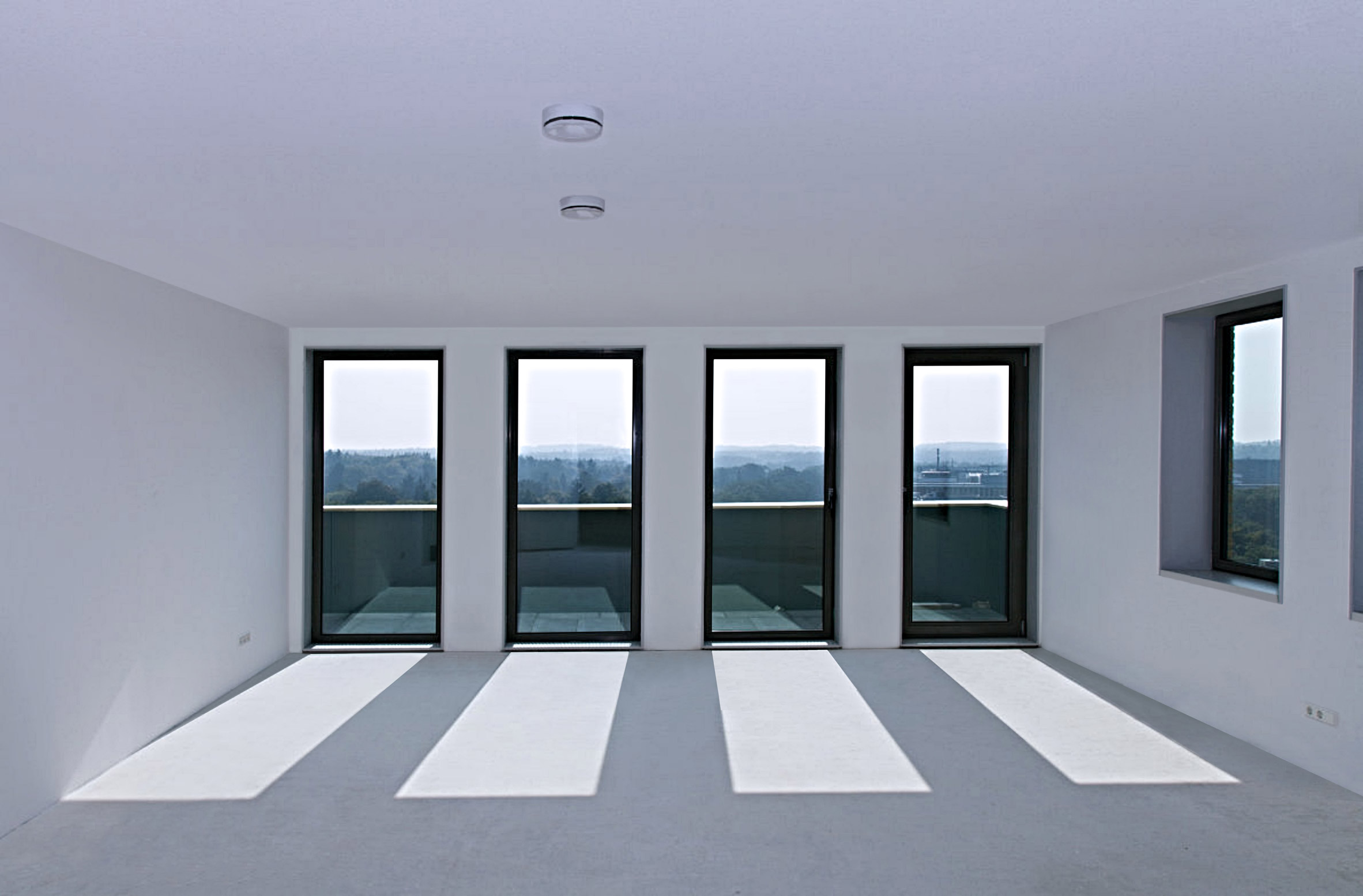 The staggered arrangement of the balconies prevents overshadowing the floor below, while lending the building a more dynamic and heterogenous aesthetic.

A cladding treatment comprising a grid of solid masonry infilled with frogged bricks references the materiality of the surrounding neighbourhood and creates a varied texture across the facades. 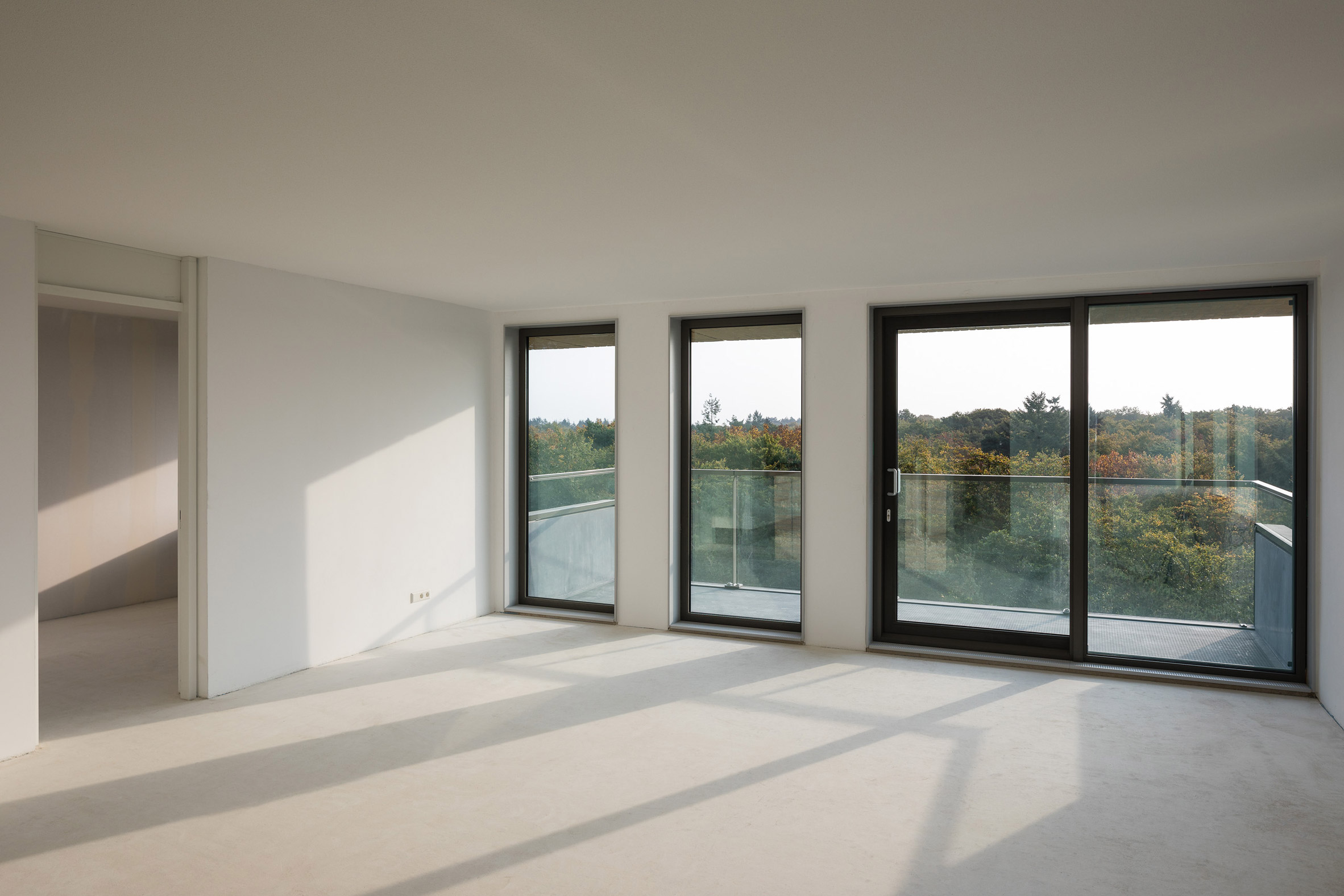 Van Zuuk designed a property for himself in an experimental housing district in Almere featuring geometric volumes arranged less than a metre from the waterfront.

The architect’s studio was responsible for a fire station in the city of Dordrecht featuring an industrial material palette, and a pavilion in the city of Roosendaal that houses shops and offices beneath a series of timber terraces.