Architect and Professor Wang Shu was born in 1963 in Urumqi, a city in Xinjiang, the western most province of China. He received his first degree in architecture in 1985 and his Masters degree in 1988, both from the Nan Nanjing Institute of Technology.

Wang Shu and his wife, Lu Wenyu, founded Amateur Architecture Studio in 1997 in Hangzhou, China. The office name references the approach an amateur builder takes—one based on spontaneity, craft skills and cultural traditions. Wang Shu spent a number of years working on building sites to learn traditional skills. The firm utilizes his knowledge of everyday techniques to adapt and transform materials for contemporary projects. This unique combination of traditional understanding, experimental building tactics and intensive research defines the basis for the studio’s architectural projects.

The studio takes a critical view of the architecture profession’s part in the demolition and destruction of large urban areas. At the 2006 Venice Architecture Biennale, Amateur Architecture Studio expressed views of on-going demolitions in “Tiled Garden,” an installation made from 66,000 recycled tiles salvaged from demolition sites. Rather than looking toward the West for inspiration, as many of Shu’s contemporaries do, his work is rooted in the context of Chinese history and culture.

Wang Shu has often explained in lectures and interviews that “to me architecture is spontaneous for the simple reason that architecture is a matter of everyday life. When I say that I build a ‘house’ instead of a ‘building’, I am thinking of something that is closer to life, everyday life. When I named my studio ‘Amateur Architecture’, it was to emphasize the spontaneous and experimental aspects of my work, as opposed to being ‘official and monumental’.”

Wang Shu is Professor and Head of the Architecture School at China Academy of Art, Hangzhou. In 2011, he became the first Chinese Kenzo Tange Visiting Professor at the Harvard Graduate School of Design in Cambridge, Massachusetts.

He has exhibited individually and participated in several major international exhibitions including: the 2010 Venice Architecture Biennale at which he received a special mention for the “Decay of a Dome” installation – a project whose light, mobile and utterly simple structure can be speedily constructed or returned to nothingness; the 2009 “Architecture as a Resistance” solo exhibition at the BOZAR Centre for Fine Arts in Brussels; the 2007 Shenzhen & Hong Kong Bi-City Biennale of Urbanism\Architecture; the 2003 “Alors, La Chine?”exhibit at the Centre Pompidou, Paris; the 2002 Shanghai Biennale at the Shanghai Art Museum; the 2001 “TU MU-Young Architecture of China” exhibit at AEDES Gallery, Berlin; and the 1999 Chinese Young Architects’ Experimental Works Exhibition, UIA Congress, Beijing.

In 2011, Wang Shu received the Gold Medal of Architecture (grande médaille d’or) from the l’Académie d’Architecture of France. In 2010, Wang Shu and Lu Wenyu were awarded the Schelling Architecture Prize, which goes to individuals who have responsibly advanced architecture’s development with significant designs, realized buildings or with profound contributions to architectural history and theory. The Vertical Courtyard Apartment, in Hangzhou was nominated for the 2008, German-based International Highrise Award. In 2005, the project “Five Scattered Houses” in Ningbo received an acknowledgement from the Asia Pacific Holcim Awards for sustainable construction, and in 2003, the Wenzheng Library received the Architecture Art Award of China. 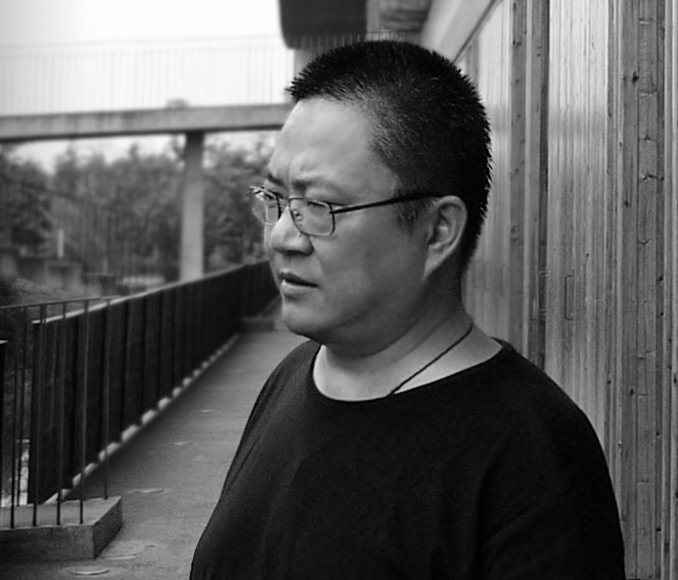 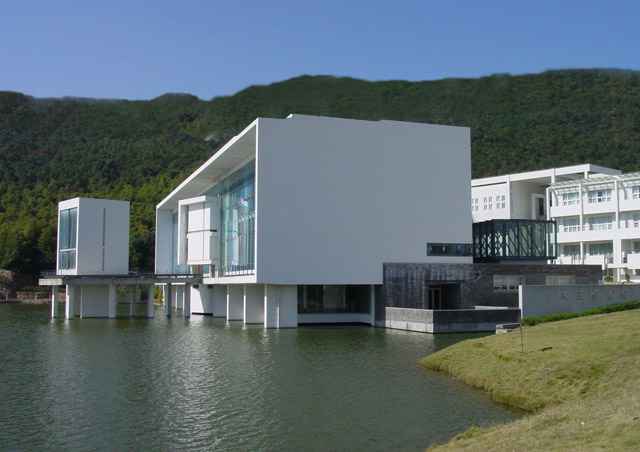 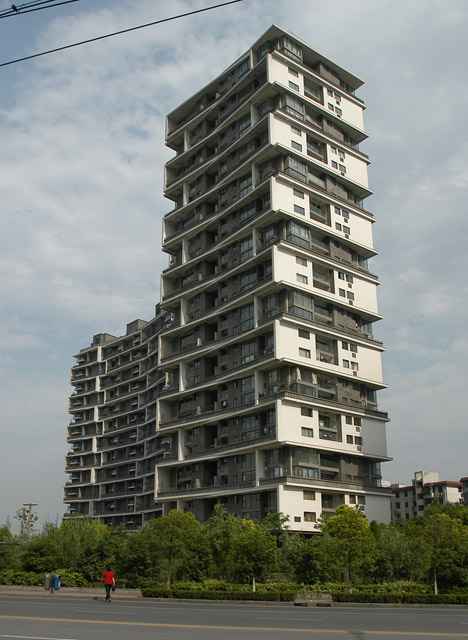 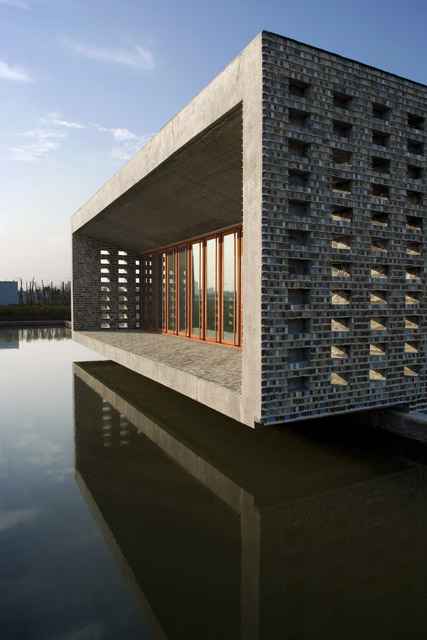 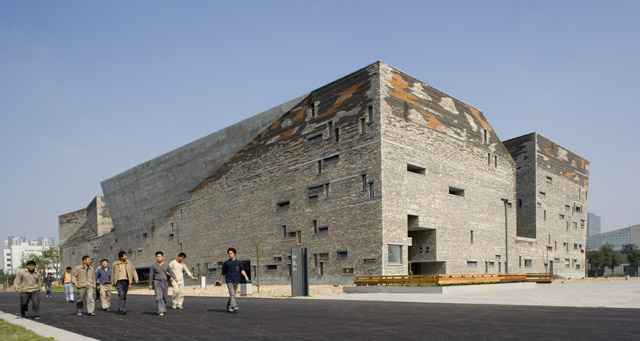 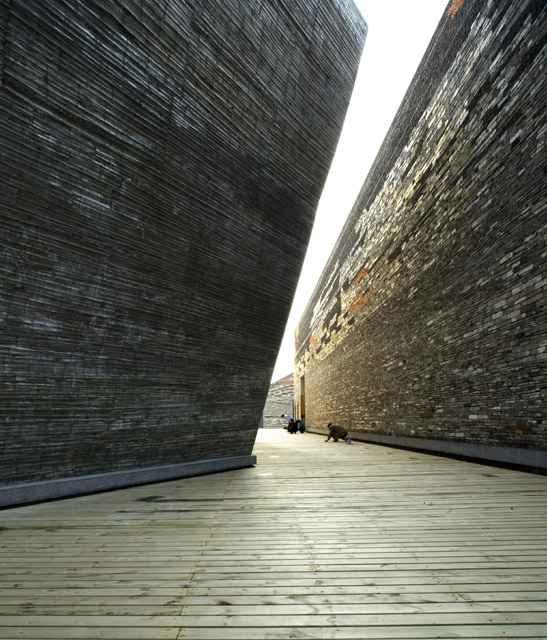 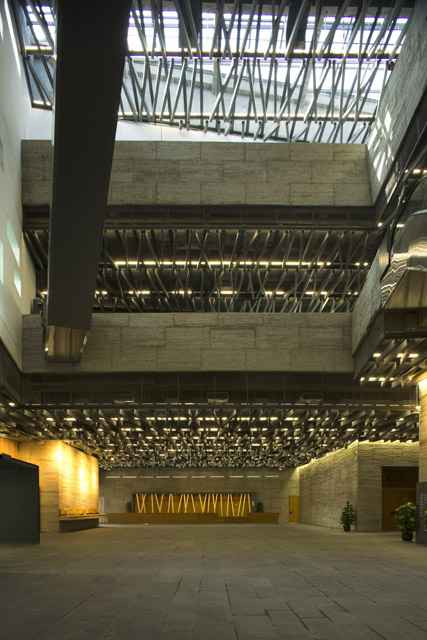 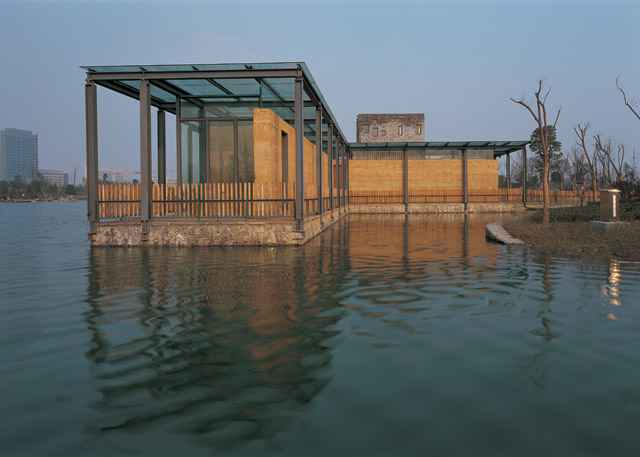 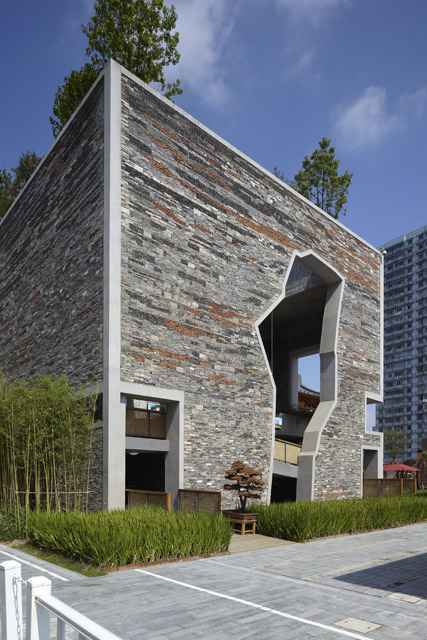